GERMAN HISTORY IN FICTION 2: A Conversation with Douglas Irving

Translator and literary scholar Anne Stokes met Douglas Irving to talk about his translation of Anna Seghers’ short novel Crossing: A Love Story (Überfahrt), which appeared in East Germany in 1971 and was published in translation by Diálogos in 2016.

Anne Stokes: Anna Seghers’ short novel Crossing: A Love Story covers a long and eventful stretch of German history. First published in East Germany in 1971, its main characters are situated on board a ship, returning from Brazil to East Germany: the narrator, Franz Hammer, an East German engineer, and a young doctor named Triebel, who is telling Hammer a story. The doctor’s story is essentially a love story set in exile in Brazil during the Second World War, but it carries a number of important themes: the experience of exile; the search for a permanent home; the establishment of socialism in the Soviet zone; growing Cold War tensions; German guilt over the war and Auschwitz, which, Seghers, who was Jewish, makes clear, was not only West Germany’s legacy. What led you to translate this work?

Douglas Irving: It was entirely personal reasons actually. I first came across the story as a student in the 1990s, when I was studying German and Spanish at Aberdeen. I knew nothing about Seghers, but I’d spent a year abroad in Bolivia and had experienced South American culture and was longing for it, so the book made a deep impression on me, and I decided to revisit it when studying translation at Glasgow. It was only then that I really discovered Seghers and realised the importance of the novel that she had written as an old woman, looking back on her life, on her experience of exile, and forming that into a work of fiction. When I discovered it was untranslated, I wanted people to experience this great love story, which remains unresolved. So, I suppose my response to it was an emotional one. It’s as much a ghost story as a love story, I think. Triebel wants Hammer to beat the story out of him, tell him to get a grip, so he can move on in life. He’s looking for resolution.

And in that respect it’s also a story about storytelling, isn’t it? Storytelling as a means of coming to terms with what has happened in the past.

Yes, and travelling. Triebel opens up to a complete stranger while travelling, as people often do.

Above all, though, it’s a story about the situation in the GDR at the time it was written. Although a committed communist, Seghers’ account of the Soviet zone in the 1950s ostensibly is not uncritical, given that the book was published in 1971, and is actually about the 1960s?

That’s right. Although set in 1953-4, she conceived of it in the mid-sixties, when returning by boat from Latin America, on her way back from the second of two journeys she made there after the war. And although historical events from the fifties feature and are accurately conveyed, she’s obviously also talking about the GDR at a later stage.

Yes, open discussions among students in 1951 are implicitly contrasted with the situation at the time of narration by Triebel in 1953-4 and by Seghers herself in the late-sixties. And, given Seghers’ prominent position in East German cultural life, the questioning of socialist realism round this time is also present in the novel. Joseph Conrad is referenced a number of times, for instance, and his life story is recounted by one of the characters. Seghers herself, moreover, uses modernist techniques to address the wider issue of individual perception and truth, and with it the notion of socialist realist objectivity. Seghers’ cultural position’s quite evident in this novel.

Yes, it’s a plea for openness, and it won the Nationalpreis that year.

Ahead of Erich Honecker’s ‘No-taboos speech’ of December 1971 – shortly after he became party leader of the SED – which signalled the start of a more tolerant climate in the GDR generally, and thus also culturally.

But let’s turn to your translation. It reads well, but undoubtedly there were some challenges along the way. What were the main ones? 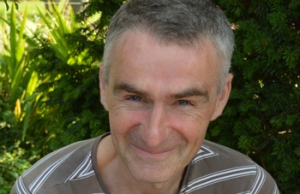 Well, as a story about storytelling, there are lots of literary allusions in the novel, to 1001 Nights and to Shakespeare, for instance. Seghers always looked for the attentive reader. And when translating, I eventually noticed and then managed to find and include a couple of citations from Hamlet. In terms of research, I also read Conrad’s Heart of Darkness and Lord Jim, which is as relevant as Heart of Darkness, which is reference directly. I wanted to get it as right as possible and was lucky enough to get editorial input from a journal on a 4000-word extract early on. The feedback was revelatory. I’d have loved to have had more outside opinions, I think, as I was very much on a learning curve with this first translation, especially with regard to writing in English. In fact, I remember when I interviewed for the translation course at Glasgow that the programme director told me that translating was as much about writing in English as about understanding German. I would actually emphasise the English aspect, since I was suddenly having to write in English at a higher level than before. For that reason, I was compelled to send another book I’ve translated, Fremde Zeichen by Anne Richter, to be professionally edited before submitting it to prospective publishers for consideration.

With regard to translation, it’s also worth noting that a number of Seghers’ novels appeared in English in the US before they appeared in Germany, including her classic work of exile literature, The Seventh Cross (1942). There wasn’t a previous translation of Crossing: A Love Story, though, so thanks for bringing it into English and for talking about it today.