Celebrating the 160th birthday anniversary of Joseph Conrad, the Polish Parliament declared the year 2017 as The Year of Joseph Conrad. Conradology, edited by Becky Harrison & Magda Raczyńska, is a superb and timely collection of short stories and non-fiction essays inspired by the work of the one of the most famous Polish-British writers.

In the Foreword to the book Robert Hampson writes:

the challenge to the writers gathered here is more than simply to explore Conrad’s life and fictions from a contemporary perspective. To work in a truly Conradian manner, they must bring to bear upon their contemporary subjects the level of scrutiny to which he subjected his own experiences and the deeply-informed vision by which he measured the events and issues of his day.

It is noteworthy to point out six authors are female. Joseph Conrad’s portrayal of female characters as inferior and of lesser narrative importance is notorious in his work. Thus, the editors should be applauded by their selection of female authors and work that puts the women at the centre of their narratives. During the book launch, which took place in Waterstones Gower Street, I asked both Grażyna Plebanek and Farah Ahamed about the lack of strong female characters in Conrad’s work, considering both Plebanek and Ahamed touch on this theme in their work in this collection. Both authors admitted the silence of female characters was one of the themes they wanted to explore. 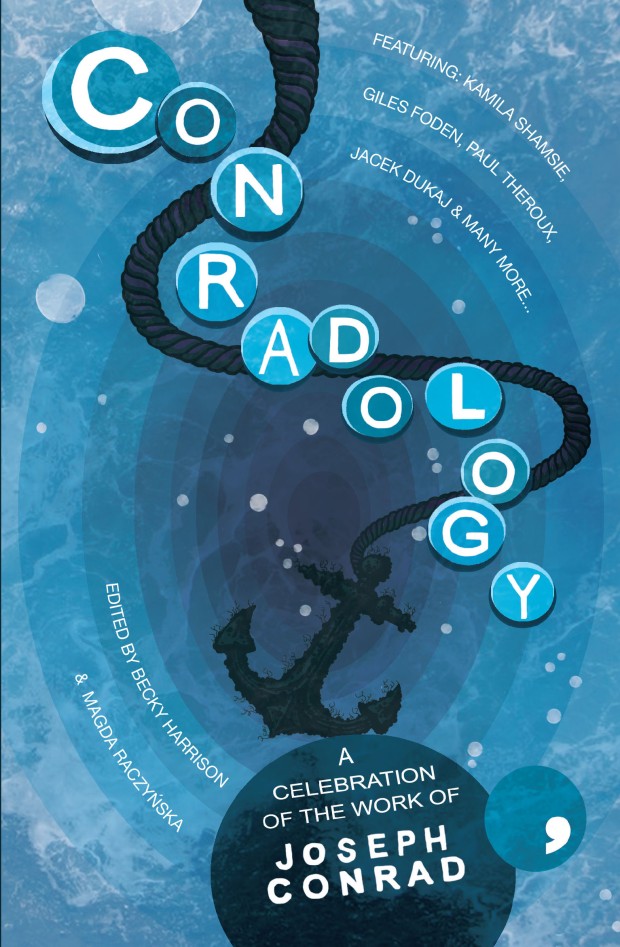 Grażyna Plebanek’s ‘Mamas’, translated from Polish by Scotia Gilroy, is one such example. Women are at the center of this exceptionally ingenious story, in which Mama Fatoumata, “a working woman, a mother of six, a politician whose career was now hanging by a thread,” considers the best course of action on polygamy. The world of Mama Fatoumata is the world of women who share a limited number of men. Young female parliamentarians, who oppose polygamy, suggest importing men from the neighbouring countries, but Mama Scholastica voices her fear, “if they bring young foreigners here, another war is on the cards.” Plebanek precedes her story with a quote from Heart of Darkness. Although Plebanek’s short story directly responds to Conrad’s belittling of women by putting them at the forefront of the narrative, ‘Mamas’ also explores issues of foreignness, identity and morality.

Conradian themes of power and greed characterise Farah Ahamed’s ‘The Helper of Cattle’. Ahamed folds many ideas into this poignant story of corruption, a cursed and silent woman, land and traditions, invasion of foreigners, native beliefs versus modernity. Towards the end of the story one of the character’s says:

The Maasai have a secret … We know when it will rain, when a lion is near, and what kind of a heart a man has.

In her impressively lucid prose, Ahamed crafts essentially a story of a human heart, and the darkness it conceals.

Perhaps the story which most personally engages with the women in Conrad’s life is Zoe Gilbert’s ‘The Inn of the Two Witches – A Find’. At the center of this tightly written tale, reminiscent of a Victorian ghost story, is Jessie Conrad, Joseph Conrad’s wife in real life. Overweight, living in poverty, and hungry, Jessie decides to sell her dead husband’s original manuscripts so she can pay the rent and get some food. The inn owner, the narrator of the story, offers to help Jessie contact her dead husband to secure his permission to release the manuscripts using an Ouija board.

Joseph Conrad married Jessie George in March 1896, a year after the publication of his first novel Almayer’s Folly. Jessie was sixteen years younger than Conrad. His friends considered the marriage with bewilderment; not particularly well educated Jessie, one of nine children, worked as a typist in the city. After a knee injury, Jessie was largely immobilised which contributed to her growing obesity. Virginia Woolf commented: “Conrad married a lump of a wife.” Whereas Lady Ottoline Morrell, a society hostess and patron of artists, whose friendship extended to the likes of Bertrand Russell, T.S. Eliot, D.H. Lawrence, Virginia Woolf and Charlie Chaplin, described Jessie as “a good and reposeful mattress for this hypersensitive, nerve-racked man.” It is admirable that Jessie Conrad has been finally put at the center of the narrative.

One of my favourite stories in the collection is ‘Conrad Street’ by the Polish journalist and author Wojciech Orliński, translated by Eliza Marciniak. A mysterious disease –

haplospecific coma virus – kills off the Caucasian population of the world. The narrator, whose father was a Cuban diplomat and as a half-Cuban survived the plague, arrives to what used to be Warsaw to meet with the mysterious Amer Al-Tawil, the narrator’s childhood friend. The meeting takes place beyond the green zone where few venture, let alone remain alive. The narrator holds a copy of Joseph Conrad’s Heart of Darkness.

With a nod to Chinua Achebe’s famous lecture at the University of Massachusetts Amherst in 1975, ‘An Image of Africa: Racism in Conrad’s Heart of Darkness’, Orliński’s story subtly engages with the theme of racism. Poland as a country does not exist, appropriated now as the land of Saint Adalbert, or colonized, to use a stronger word, by the Brotherhood, the Santa Hermandad. The mysterious Amer Al-Tawil, half-Arab, is considered “the most dangerous of insurgents,” an enemy to the invading army of the Brotherhood, who ironically see themselves as the protectors of the people.

‘A Game of Chess’ by Kamila Shamsie engages with the issue of contemporary terrorism in this unexpectedly amusing tale of two identical twins, Yousuf and Nasser Ismail. Like a drama of Shakespearean proportions, this little story written with such gusto, lurks the readers and the police into a guessing game.

“But which is which, that’s the question,” said the Home Secretary, his voice such a surprise that it almost knocked the Commissioner into the lily pond.

The story builds to a compelling ending, much to the enjoyment of the reader. Interestingly, Shamsie’s latest novel, Home Fire, also tackles the topic of terrorism, but there the tale is much darker. Home Fire is a contemporary reworking of Sophocles’ Antigone, whereas ‘A Game of Chess’ takes its inspiration from Conrad’s The Double Agent. The brevity of Shamsie’s imagination is astonishing. ‘A Game of Chess’ is a timely focus of one of the ailments of the contemporary world, with a healthy dose of irony.

The three non-fiction pieces in this collection could not be more different from each other. Polish author Jan Krasnowolski’s ‘Guided by Conrad’ reminisces on his grandfather, Jan Józef Szczepański, “lieutenant in charge of a partisan squad in the forests of Southern Poland.” After the war, Szczepański started to write and became a well-established author. He was one of the many writers born around 1920 known as “Generation of Columbuses,” heavily influenced by the work of Joseph Conrad. Krasnowolski writes:

for my grandfather and the others of his generation, Joseph Conrad meant much more than just a favourite writer – he became a moral compass.

‘Guided by Conrad’ is an unforgettable and beautifully written paean to a generation of authors who despite the horrifying reality found solace and guidance in a work of another artist.

Richard Niland, in his essay ‘Conrad, Capital and Globalisation’, engages with the question of “Conrad’s global consciousness” within the large scope of history, politics and economy. Whereas Polish science fiction and fantasy writer Jacek Dukaj’s ‘Live Me’, translated from Polish by Sean Gasper Bye, is a complex psychological interpretation of Heart of Darkness. In his in-depth exploration of Conrad’s text, Dukaj celebrates the Polish-British author as a forerunner of

a use of literature which dominated popular readership throughout the 20th century and which 21st-century neuroscience has elevated to an objective mechanism of the psyche: literature as a story in which words are used to drive the reader into the internal state the author intends.

The sheer diversity and brevity of narratives selected by the editors ensures the readers’ satisfaction. Part of the joy of reading this short story and non-fiction collection is discovering the connection to Conrad’s work; although in some cases it is not always straightforward. Nevertheless, this collection signals the timelessness of Conrad’s work. Despite the strong criticism surrounding some of his novels and short stories, the response of the authors in this book shows Conrad’s work can still inspire and challenge.