READS OF THE YEAR 2017: Stephanie Green

31 December 2017 by grbed
Dalila by Jason Donald, about a Kenyan asylum seeker and her treatment in Glasgow and other parts of the UK,  is brilliantly written – spare but heart-stopping. Dalila’s experiences are based on those of many asylum seekers that Donald met whilst teaching adults in Glasgow. This is no political rant – it will make you laugh at times and Donald has an ear for Glaswegian demotic. Dalila, as a fully realized character, comes alive and will draw you into her frightening predicament, the victim of people traffickers, the cold reception of both weather and immigration officers, bewildering UK bureaucracy, detention centres, the spiralling horrors she undergoes and her eventual devastating fate. I wept for her. Ultimately this novel will make you angry and ashamed of our British system and how insensitively we treat asylum seekers.

Night Sky with Exit Wounds by Ocean Vuong, a young American of Vietnamese parentage. This is an extraordinary debut, with electrifying vitality and originality, violence, tenderness, and honesty recreating his grandparents’ experience of the Vietnam War, and about his own gay sexuality. After so many recommendations from other poets, I knew I had to read him and was blown away. 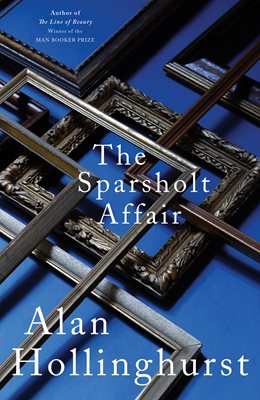 The Sparsholt Affair by Alan Hollinghurst is a delight. This beautifully crafted novel, which enjoys withholding information only to wrong foot the reader with surprise reveals, is both witty and sad, charting the change in attitudes in the UK before and after the legalization of homosexuality in 1967. Starting with the excitement of a group of Oxford students during WW2 caused by ‘the Greek god’ Drum Sparsholt, he is first seen with bare torso lifting weights in a lit window across a darkening quad at the House (Christchurch). This momentary vision is then wiped out by the blackout curtains, a striking metaphor for the scandal to come.  As the novel jumps to the 1970s, ironically what was considered scandalous in the father, his son Johnny, who is also gay, can now openly practice. Johnny, a would-be artist, has an aesthete’s eye for visual detail, in particular how light falls and creates an atmosphere. At a soirée of the now elderly Oxonions, a blackout and the need for candles due to Heath’s 3-day week is another brilliant set piece. Throughout the novel, a play of light and shadows is a counterpoint to the theme: a study in shadows and ambiguities, undercurrents of unexpressed desire, what is said and not said and a precise analysis of emotion, particularly when it is paradoxically a mixture of opposites. Thankfully, there’s not too much of the latter (unlike in Henry James whom Hollinghurst emulates) and the novel proceeds with a dramatic pace and moments of hilarious irony. ‘And there was light,’ says one of the characters at the soirée. ‘Ah, but will there be drinks?’ responds another.

← NEW POETRY BY STUART A. BARNES AND RYAN VANCE
READS OF THE YEAR 2017: Henry Bell →