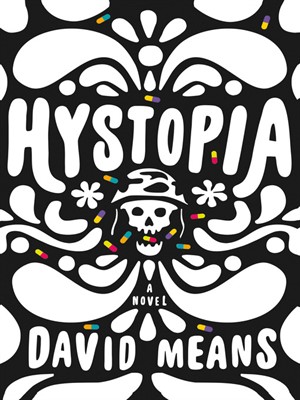 I keep telling people this was my favourite novel of the year. 2016 was, among other things, a year of Sixties novels. I’m constantly on the lookout for these for my research, and this summer three came in quick succession: Emma Cline’s much-hyped The Girls, Hystopia, and Hannah Kohler’s The Outside Lands (which I reviewed for Review31). I was excited to read the first reviews of Cline’s book, which follows 14 year-old Evie as she gets sucked into the Manson family drama, through boredom as much as anything. James Wood, reviewing The Girls for the New Yorker, suggested that the novel “never entirely succeeds in justifying itself—in making the case that there was anything personally or historically necessary about Cline’s decision to raid the American-culture store and pluck one of the best-known and most lurid episodes from the shelf.” I think he’s a little unkind to Cline on this; the book seems to actually offer quite a complex understanding of the ways the Manson events were both inconceivable and the result of banal, everyday, teenage desires. That said, one doesn’t get the sense Wood would’ve had the same problem with Hystopia. Both the form and the content of Means’ novel make a powerful case for why we can’t “let go” of the Sixties. Reading it, I knew I would need to return to it to fully appreciate it, which is ironically apt given that the book is a little nest of writhing traumas, churning with repetitions and doublings. It imagines a world in which JFK was not killed in 1963, but stays in power until the end of the decade, each new attempt on his life met with increased motorcades and walkabouts as he simultaneously goads death and relives his traumas. In power, he has formed the Psych Corps., a government agency devoted to erasing Vietnam vets’ traumas by “enfolding” them in on themselves throughout re-enactments that blur the lines between reality and non-reality, original and copy, past and present. In other words, a book entirely of its time.

Jonathan Lethem The Fortress of Solitude (Faber and Faber)

Back in January, before all 2016’s craziness happened, I read this 2003 masterpiece. I don’t think I’d ever read a book that felt so alive as I was reading it – Lethem has a glorious way of folding in the refrains of popular music, street lingo, and the playground vernacular of children’s games, which are obviously so much more than games, especially in Brooklyn in the 1970s, when Dylan Ebdus has to negotiate the complex racial and class politics he’s been thrust into by his idealistic, naive and unconsciously cruel hippy parents. Lethem’s depiction of childhood’s internal voice is exquisite, and the book is sad, funny, and wise all at the same time. I made a playlist of all the songs he mentions in the novel, and listening to it now brings the book flooding back.

I’m currently reading Robert Mcfarlane’s The Old Ways, and its poetic exploration of place, and its debt to Edward Thomas, put me in mind of Jon Day’s wonderful book, which I read at the start of the year. If Mcfarlane’s work might be (partly) described as psychogeography, then Day’s title announces his aim: to begin constructing a parallel canon to that built up around walking literature, to assess the current state and future possibilities for cycling literature, to set out the co-ordinates of a cyclogeography. I love cycling for its gathering in of a number of fascinations, the way cycling combines the potential of the human body with explorations of landscape and history, how a bike ride can illuminate questions of philosophy and politics, and how it be can artful and beautiful. Day’s book is alert to all of this, which means its appeal is not limited to those that ride. Day, a modernist scholar, writes wonderfully about the modernists’ fascination with cyclists, who Samuel Beckett called “Cartesian centaurs.” The book is full of artists and writers who share this fascination: Marinetti the Futurist, Fernand Léger, Flann O’Brien, the poet Edward Thomas, who guides Mcfarlane’s book. At Easter 1913, Thomas rode from Clapham in London, through his beloved “South Country”, to the Cotswolds; he details the journey in his book In Pursuit of Spring. My favourite anecdote in Day’s book, though, belongs to Alfred Jarry, who once wrote a short story entitled “The Crucifixion Considered as a Downhill Bicycle Race.” “As he rode around Paris,” writes Day, Jarry “would let off a pair of pistols to deter attacking dogs.” He “later scandalised society by wearing his cycling outfit to the funeral of poet Stéphane Mallarmé.”