Of the handful of novels I managed to read this year, three in particular stand out. Basma Abdel Aziz’s The Queue (Melville House, 2016; translated by Elisabeth Jaquette) is the subtle, frequently unnerving story of how a sinister entity known only as the Gate rules over an unnamed Middle Eastern country, in the aftermath of the so-called ‘Disgraceful Events’. In the queue that forms outside the Gate, disparate characters wait in the oppressive heat. Aziz, who works in Cairo as a psychiatrist treating torture victims, builds to a grimly humorous set-piece of authoritarian information control. The Gate claims a series of street uprisings were in fact scenes for an upcoming blockbuster movie, with the cameras hidden from view: ‘This was why a few citizens had believed there were bullets, tear gas and smoke, even though there clearly hadn’t been anything like that, nothing except for standard special effects…The Gate called on everyone to remain calm, and avoid being misled by rumours that had been invented and spread by deranged lunatics. It explained that life was to go on as usual.’

Saleem Haddad’s Guapa (Europa, 2016) also takes place in an unspecified Middle Eastern city in the wake of an Arab Spring-style uprising; a hard-line Islamist group is rapidly gaining popularity and on the city’s outskirts, refugees are being herded into makeshift camps. The story, though, revolves around the Guapa, the beating heart of the city’s clandestine LGBT community. It follows the narrator, Rasa, over the course of a long, eventful day, as he travels the city with the Western journalist for whom he works as an interpreter, attempts to contact his former lover Taymour (due to be married that evening), and learns of the arrest of his friend Maj, Guapa’s famous drag queen, as part of another brutal government crackdown.

While the Arab Spring and the subsequent counter-revolutions are the backdrop to Aziz and Haddad’s novels, Ahmed

Saadawai’s astonishing Frankenstein in Baghdad (2018, translated by Jonathan Wright) takes place in the shadow of the 2003 Iraq War. Saadawai’s novel treads similar ground to Hassan Blasim’s The Iraqi Christ (also translated by Jonathan Wright and published in 2013 by the excellent Comma Press), a collection of short stories in which the dark absurdities of the conflict and its aftermath are laid bare. In Saadawi’s novel, the junk dealer Hadi stitches together the body parts he collects from the streets of US-occupied Baghdad. The corpse absconds from Hadi’s house, though, and gruesome murders begin to take place across the city, in a seemingly unbreakable cycle of deadly violence.

I spent much of the summer—the hottest on record—writing about renewable energy transition, public ownership and regional inequality (a short version of this work was published online by the new climate and politics magazine The Trouble). Andreas Malm’s Fossil Capital: The Rise of Steam Power and the Roots of Global Warming (Verso, 2016) and Geoff Mann and Joel Wainwright’s Climate Leviathan: A Political Theory of Our Planetary Future (Verso, 2017)

both emphasise, with exacting historical detail, the fact that the barriers to large-scale renewable energy transition are political, not technological. The Institute for Public Policy Research’s Commission on Economic Justice (Polity, 2018) and A Distributed Energy Future for the UK: An Essay Collection (2018, edited by Hywel Lloyd) are both are well worth a read for anyone interested in new energy technologies and their place in a left-wing politics fit for the interwoven social, economic and environmental challenges of the twenty-first century. In a similar vein, openDemocracy’s New Thinking for the British Economy (2018, edited by Laurie Macfarlane and available for free online) ranges broadly across questions of ownership, work and free time, health, care, the media, and race and racism, among numerous other topics.

Melissa Benn’s Life Lessons: The Case for a National Education Service (Verso, 2018) offers a concise history of comprehensive education in the UK and a thorough critique of the increasing role of the market in education, exemplified not only by policies in further education, but also by the “academisation” of vast numbers of secondary schools. Life Lessons is resolutely forward-looking, though: Benn convincingly traces the outlines of a National Education Service—a framework for free, life-long education, analogous to the National Health Service—and some of the legislative policies that could get us there.

Stuart Hall’s long-awaited Familiar Stranger: A Life Between Two Islands (2018, Penguin) is an engaging insight into the 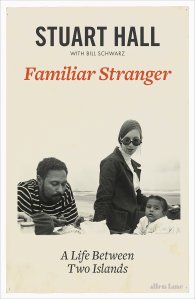 life of one of the most influential social and cultural theorists of our time. As I noted in a piece on the ‘Windrush scandal’ earlier this year, Hall writes presciently in his chapter on ‘Caribbean Migration: The Windrush Generation’ of how ‘repatriation continues to offer to some on the ‘respectable’ populist Right a covert fantasy solution to all our troubles’.