Kenneth Burke A Grammar of Motives 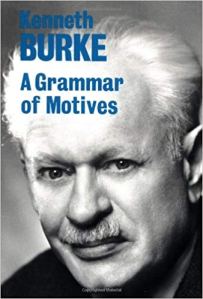 Burke is a star on the wane, if being included in the first edition of The Norton Anthology of Theory and Criticism but dropped from the second is a fair indication. Better known in the US, where composition and rhetoric is a thriving field, his works are almost impossible to find in British bookshops (though happily, a PDF scan of A Grammar is available through archive.org). A Grammar of Motives is one of his central works, a huge volume published in 1945, the first instalment in a never-completed ‘motivorium’. At its core is the ‘dramatistic pentad’, a network of five aspects logically necessary to any action: Act, Agent, Scene, Agency (i.e. means), and Purpose (i.e. ends). On this basis, Burke builds a philosophical method that is consistently dialectical (without being Marxist or Hegelian) and in some ways anticipates deconstruction; he then rereads the history of philosophy under the headings of the pentad, analyses the Constitution of the United States as a “representative anecdote” of dramatic action, and closes with a reflection on dialectical method in general that completed changed my view of Plato. No longer cutting-edge (although recent Burkean scholarship has engaged with posthumanism and other contemporary schools of thought), Burke is nonetheless a fascinating writer – a humanist in the broad sense of one who takes literature, philosophy, and politics as a unified whole, affording insights into each. 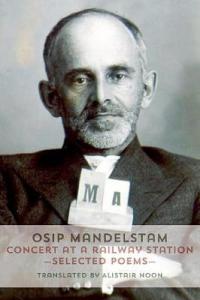 I first wrote about Alistair Noon’s translations of Mandelstam in the GRB five years ago, and at last the book has arrived, handsomely produced by Shearsman. As I wrote then, Noon daringly replicates Mandelstam’s formal stanzas, using slant rhymes with a zingy freshness of diction that stops the poems from ever sounding like translationese. Concert at a Railway Station is also unique, I think, in representing Mandelstam’s rhymes for children and occasional poems, and the huge ode to Stalin that Mandelstam wrote in a last-ditch effort to escape the inevitable. (Shortly afterwards, he was sent to the gulags and died en route.) You can get a taste of this fantastic poet and these wonderful translations (and an insight into Noon’s thinking about translation) here on the GRB. 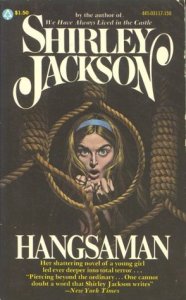 With the new adaptation of The Haunting of Hill House on Netflix, a lot of people are (re)discovering that book, which is certainly fantastic; but it’s worth looking into Jackson’s other novels (as well as her short fiction, such as the infamous “The Lottery”). Hangsaman similarly focuses on a lonely woman – in this case, Nathalie Waite, the daughter of a minor litterateur, making her start at a liberal arts college. This provides the occasion for plenty of satire, but don’t imagine that this novel is any less harrowing than Hill House just because the evils are social rather than supernatural: Jackson puts the protagonist (and the reader) through genuine horror even before term begins, and the novel ends with a typically Jacksonian device – a dread-inducing bus journey. (In Jackson’s fiction, nothing good ever happens on public transport.)