READS OF THE YEAR 2018: Callum McSorley

ook and Craig Paton is a joyous celebration of the history of the genre and a masterclass in style. In a retro-futuristic Japan, a cataclysmic event in Sector K – since renamed ‘Killtopia’ – has created animal mechs which carry a deadly disease afflicting the people of the city. Gladiator-style warriors called ‘Wreckers’ stalk the post-apocalyptic landscape of Sector K, killing mechs and – in a special yearly event – each other. Wrecker Shinji, upon discovering a sentient, humanoid mech in Sector K, becomes the target of gangsters and fellow Wreckers alike. Paton’s sun-drenched colour palette is as beautiful as it is gaudy. While Sector K is a wasteland, the rest of the city pops with lurid neon holograms and hilarious street signs. You can see the influence of 2000 AD greats like Judge Dredd and Halo Jones and the backgrounds are stuffed with references for the eagle-eyed. Cook’s writing is sharp and funny and the character designs of the Wreckers range from wonderfully over-the-top to downright spooky. While the story is just beginning to take off by the end of the first volume, you can already feel the explosive potential for the series. It’s the next big thing to come out of Scotland’s vibrant indie comics scene.

Shirley Jackson We Have Always Lived in the Castle 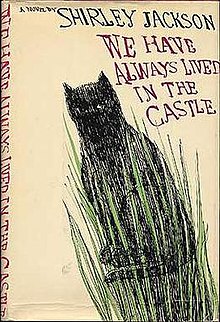 There has been much renewed interest in the work of Shirley Jackson this year, with both a film adaptation of We Have Always Lived in the Castle and a hugely popular Netflix adaptation of The Haunting of Hill House released. The latter was my own introduction to Jackson and compelled me to seek out her other stories. Following the death by poisoning of most of the Blackwood family six years before, eighteen-year-old Merricat continues to live in the empty estate with her surviving elder sister, Constance, and infirm Uncle Julian, where they have secluded themselves from their neighbours, with their secret, quiet lives revolving around the ritual of mealtimes and the change in the seasons – that is until Cousin Charles shows up on the doorstep with the family safe in mind.

Merricat as narrator has a unique voice whose echoes can be seen in the likes of Iain Banks’s modern gothic The Wasp Factory – paranoid and playful and imbued with a sinister childishness. Her belief in her own brand of made-up witchcraft – burying symbolic trinkets and creating spells simply by choosing uncommon English words – is infallible, making her headstrong although unwilling or unable to communicate normally with most people, with the one exception being Constance. She teases the readers with hints at the dark secret of the family poisoning, as much the heart of the story as the gothic Blackwood residence itself. The dialogue is every bit as minimal and expressive as any Raymond Carver short story, with the magic lying just under the surface of the mundane.

For me, Jackson has become one of those select storytellers that inspires me to sit down and write myself.

Michelle McNamara I’ll Be Gone in the Dark 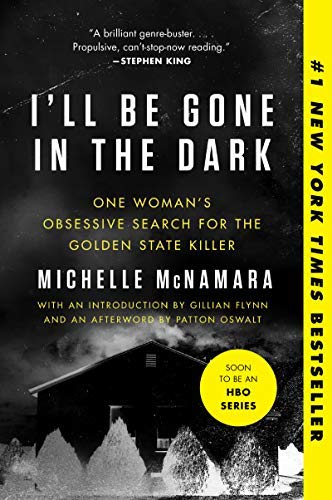 A true crime book that’s more terrifying than most horror fiction, Michelle McNamara hunts for the Golden State Killer – a serial rapist and murderer who broke into hundreds of homes across California in the seventies and eighties, enacting brutal and sadistic acts of violence. I’ll Be Gone in the Dark became a sensation for several reasons, not least because the Golden State Killer – now in his seventies – was finally apprehended and charged this year using methods suggested by McNamara. Another was the fact that the book was published posthumously, the author having died of illness two years before. Several chapters in the book were pieced together from her notes by researchers, assisted by her husband, the actor Patton Oswalt. What shines through is McNamara’s passion and humanity. She sifts through the details of hundreds of police reports, discovering the horrifying experiences of real people hidden behind the sterile, bureaucratic language. She captures them in chilling crime scene recreations that will leave you double-checking the locks on your doors every night for months after you put the book down, giving you a taste of the paranoia experienced by neighbourhoods terrorised by this man. She has an eye for the unsettling detail that creates a suspense unmatched by most mystery novels. It’s also a fascinating look into the new era of armchair detectives, empowered by the internet and the ability to crowdsource information gathering. Technology is cracking cases that have been deemed dead ends for decades.

Category : year in review 2018
Tags : Dave Cook and Craig Paton, I'll Be Gone in the Dark, Killtopia, Michelle McNamara, Shirley Jackson, We Have Always Lived in the Castle