READS OF THE YEAR 2017: Andrew Rubens

Daniel Everett Don’t Sleep, There are Snakes: Life and Language in the Amazonian Jungle

As a translator, I find the nuts and bolts of linguistics fascinating, but I am ambivalent about the discipline in the abstract. The concept of a purely scientific study of language seems inherently absurd to me. In recent years the field has tentatively begun to breathe a little more, beyond the rather airless confines of the Chomskyian edifice. Daniel Everett’s astonishing book brims with adventure. Somehow he manages to combine important linguistic research in the Amazon with a gripping narrative and meditations on existence. This is no colonial tale. Everett’s encounter with the Pirahã Indians of the rainforest is told as a reflection on the hubris of not only the scientist but also the missionary. Over the course of his life among the tribe – he became the first outsider ever to learn their language – Everett gradually goes along a journey of empathy towards his subjects which causes him to lose his Christian faith, as well as his faith in universal grammar. But he also avoids patronising ‘noble savage’ conclusions. Although he clearly states that the people he meets have cultural lessons to teach ‘modern civilisation’, he does not shy away from uncomfortable truths. The result is a unique story which broadens the scope of human culture in all its complexity, not least at the point where language and life meet.

As an unabashed sci-fi reader, I am more than familiar with the complaint that its practitioners are confined to the ghetto of genre. Without much of a push I could choose an Ursula LeGuin book as my read of the year more years than not, yet (perhaps with the exception of her key short story ‘Omelas’) she is criminally under-read outside of sci-fi and fantasy communities. I don’t often confront myself with the ‘why’ of this grievance. Perhaps one reason is that sci-fi is not, in one sense, a modern development, but rather the continuation of centuries of ‘fantastic’ writing and, ultimately, fairy tales, which do not sit easily within the canon of literature. After reading The Star Diaries, however, I bumped up short in bewilderment at the arbitrariness of genre. Lem’s closest peer is surely Italo Calvino, and the Diaries should sit joyously alongside the Cosmicomics. Yet for all the respect he has garnered Lem remains a space oddity, while Calvino, and, say, Jonathan Swift, are ‘world writers’. This is not a plea to take Lem ‘seriously’, but simply to read his work. It’s often hilarious and usually thought-provoking. 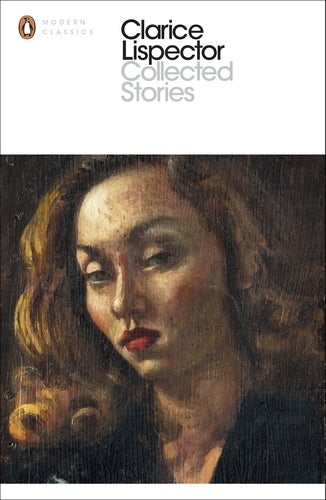 I was gifted this book near the beginning of the year, and still haven’t finished it. Lispector’s stories are so unlike anything I have read before that after finishing one or two I have to put the book down and leave it for a while. They are also deeply unsettling in a way that is difficult to articulate. Often sparse in setting and plot, their language and directness leads the reader to begin to have their own thoughts tangled with those of the characters. I sympathise with Katrina Dodson, who has done an admirable job with writing which seems to have already contorted itself to breaking point. A contemporary of Joyce (she ‘looked like Marlene Dietrich and wrote like Virginia Woolf’, according to translator Gregory Rabassa), Lispector deserves to be spoken of in the same breath as suchlike, and arrived at her stylistic developments quite independently. Another canon-breaker, and a revelation.