READS OF THE YEAR 2014: Stephanie Green

I’ve read this many times, and love it. There is an overall quietness and dignity in this poetry book, especially when dealing with topics like a relative’s Alzheimer’s. Geraldine Mitchell has a wonderfully humane empathy with suffering, from outsiders like the vagrant woman and the drunk homeless man in the glass house to the strategies of endurance that ordinary people use, such as the old men playing cards or even “the holy rumble” which I took to be a prayer wheel.  Moments of stillness or birdsong seem to be moments of grace. I was particularly impressed by “Basso Continuo,” which addresses more than the individual’s plight, bravely taking on the holocaust. It does this with restraint and a fine build up of details with no melodrama, and a metaphor of the concentric circles of wine in glasses echoed in the concentric rings touching people’s hearts. I’m not surprised she won the Trocaire prize with this poem. The book as a whole is varied and well-balanced, ranging from frightening glimpses of war to ironic humour, and some sensuous lyrical language. 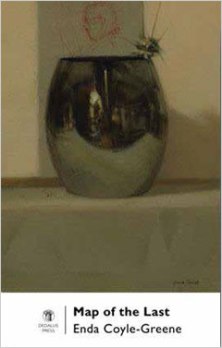 I love the taut, precise use of language and musicality of line in this collection. The drama, too, of the Salvages section, based on archive material about a shipwreck and written in the voices of a few survivors. The best of the poems here have an elusive use of imagery, as in “In Another Country” where truth “is shifted, slant | a shadow glint.”  This is a poet with a terrific sense of drama, who writes poems which end on the brink of something about to happen. This is also a poet who values laughter in the face of fear, “laughing, laughing, | laughing…as if your life | depended on it.” Another book to reread many times.

Wow. This is bravura writing: intense, dramatic, visceral and a book that left me reeling. It’s short but I don’t think the writer or the reader could have coped with more.  I don’t think it matters whether you are not interested or not in Christianity, despite the book being a fictionalised “testament” by Jesus’s mother. It is rooted in a deep understanding of a mother’s ambivalent relationship to a son who as an adult shuns her. Devastating.