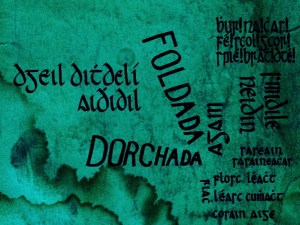 GEORGI GILL a poet and PhD researcher with the Centre for Creative-Relational Inquiry at the University of Edinburgh, exploring the role of poetry in dialogues about multiple sclerosis. Her chief areas of critical interest are the work of Ciaran Carson and the im/possibility of language to construct and communicate identity. er poems have been widely published in, among others, Bare Fiction, Gutter, Under the Radar, Far Off Places, Dactyl, The Honest Ulsterman, Abridged and Coast to Coast to Coast. Her work has also been featured in various anthologies, including have also been featured in A New Manchester Alphabet (Manchester Metropolitan University) and the Saboteur-nominated Stairs and Whispers (Nine Arches) and #Me Too (Fair Acre Press). Since Summer 2018, Georgi is the editor of The Interpreter’s House magazine.

COLIN BANCROFT is a poet living in the North Pennines. Currently, he is completing a PhD on the Eco-Poetics of Robert Frost at Chichester University, under the guidance of poet Hugh Dunkerley.

JANE FRANK’s first poetry chapbook Milky Way of Words was published in the Picaro Poets series with Ginninderra Press in 2016, and very excitingly, a new book — We are all Wildflowers — is forthcoming with Calanthe Press based on Tamborine Mountain in late 2020 to be launched at the Five Senses Festival.  Flotsam — a collaborative work about emigration/immigration (with Scottish poet Hugh McMillan) — is also in the pipeline with Flarestack for later in 2020.

SHARA MCCALLUM is the author of six books of poetry that have been published in the US & UK, including my most recent collection Madwoman, winner of the 2018 OCM Bocas Prize for Caribbean Poetry. This poem is part of No Ruined Stone, a book-length sequence that engages with a lesser-known story about Robert Burns: namely that Burns nearly migrated to Jamaica to work on a slave plantation. The book takes on the question—What would have happened had he gone?—and is voiced primarily by a fictive Burns and his fictional granddaughter. It weighs additional questions of history, including those of slavery, Abolition, the Enlightenment, and the entwining of Jamaica & Scotland.

England, I wouldn’t know I was home
If it wasn’t for the marker stone
Etched with your name, embossed in white,
And the flag feebly stirring in the light
Breeze at the top of its pole. A wedding
Party snaps shots of a husband and wife standing
Beneath your blazon; she waves, smiles,
And looks out across the lengthening miles
Of moorland, ever widening in their sphere,
Knowing, or not, that it’s all downhill from here.

a dry wind — always dry —
but I do remember rain, cavernous
kisses, the sea swallowing

my heart. The mossiness of castle
walls. The sodden kelp-strewn
beaches — remote, stony —

faced cottages mustard
and cobalt, pink in defiance
of the pummeling storm.

Pulse of the lighthouse.
Waves of black wine slopping
messily over the harbour wall.

The crackle of leaves outside:
I see my frayed skin
flooded with brine, contours no

longer seen — only imagined —
beneath the lost inhibitions
of a wild, drunken sky.

The hills are large, round animals,
smooth-skinned in the fading
light. I am pushing the boundaries,

coming out of the clouds. A whole
continent of them run beside
the car, like improbable guides.

Stone walls scribble their way
ahead across moorland, broad
slopes teeming, edged with a fuzz

of willow herb. A lone bird wheels
high over a deep valley and far
away, there are indecipherable

words dispatched in snow. The
years since have run fast, angles
hard to fathom. It occasionally

occurs to me that somewhere
else, always, it is late summer, day
becoming night, rabbits running.

The mistakes > holes I tramp in
and out of
not as deep as death
and most grassed over, some
with nasturtiums trailing up over
the lip >

lost once in a birch forest, blue-
bells a headache of broken pieces
swirling >
a Clydesdale in a field
and a grey estuary beach

two leaves clinging to a trapezium
of wall >
evergreen on the other
side like half closed eyes. A hot
switch flicks

correction fluid on every page >
a blotched manuscript,
houses with summer rooms,
palm steeples. Spin and multiply,
run against isobars

an in-box and a wind rose

I kent your father. From Ayrshire,
the Douglases. I knew it straight away
when I glimpsed you. You’re the dead
stamp of his mother, though a shade
tawnier I’d say, no doubt on account
of your early dousing in sun. Still,
I’m sure you’ve heard you favour
the Douglas side many a time,
especially back in Glasgow, no?
Och, but what a tragedy, your father’s
untimely, violent end. It’s just dreadful
what’s going on all over noo. To be sure,
slavery is a terrible, terrible thing.
But the ruin of more and more merchants—
‘tis a disgrace, aye? You must be grateful
to be here, what with the right madness
of the world these days. But listen to me,
blethering on about such unpleasant business.
Your husband is a saviour, you must know.
When my daughter took ill this winter,
I don’t know what we would have done
without him. He’s a braw doctor and man
your husband. I hear you’re married near a year.
I should expect wee ones will soon be along.

← CLIMATE CHANGE POETRY: IS IT EFFECTIVE?
I AM A ROHINGYA: POETRY FROM THE CAMPS AND BEYOND →